When her mother's ill-conceived marriage trap goes awry, Lady Adelaide Bell unwittingly finds herself bound to a stranger who ignores her. Lord Trent Hawthorne, who had grand plans to marry for love, is even less pleased with the match. Can they set aside their first impressions before any chance of love is lost?

Kristi Ann Hunter graduated from Georgia Tech with a degree in computer science but always knew she wanted to write. Kristi is the author of the Hawthorne House series and a 2016 RITA Award winner and Christy Award finalist. She lives with her husband and three children in Georgia. Find her online at www.kristiannhunter.com.

I was intrigued with the beginning to An Uncommon Courtship; it certainly isn’t conventional and as I read further along it became difficult to part from the story. Lord Trent Hawthorne feels an innate responsibility toward Lady Adelaide Bell after an encounter they share and they end up marrying. He’s always dreamed of marrying for love, having the next great romance that would resemble his parent’s marriage, so he’s a bit disappointed that he’s missed out on the whole courtship/falling in love thing. He comes up with the bright idea to court his wife!

Adelaide lived in the shadow of her older sister until she married, which then left poor Adelaide the soul focus of her mother’s attention. Think Mrs. Bennett in Pride and Prejudice, and you have a good measuring stick for Adelaide’s mother–brass, self-serving, always trying to get a step up on the social ladder. Adelaide is content to marry Trent because she would have had no say in the choice of her future husband anyway.

Hunter has woven a sweet story about two people who have totally different expectations in life, come from dissimilar families, and neither has any idea how to go about being married. The blossoming romance is delightful. I relished my reading time curled up with a hot cup of tea or cocoa, separated from distractions so I could engage deeply with these fabulous characters. 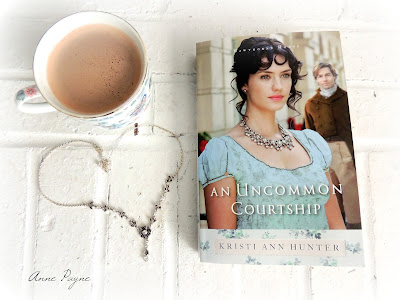 An Uncommon Courtship is the third book in the Hawthorne House series and while it is considered a stand-alone title, I personally recommend reading the others in the series first in order to get a full knowledge of all the personalities. Fans of Regency era fiction will enjoy the frippery and descriptive voice of the author. I’m a convert to Kristi Ann Hunter’s inspirational fiction and highly anticipating book four!

I received a free copy of this novel from the publisher with no expectation of a positive review. No compensation has been received. 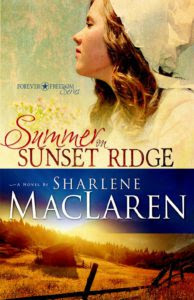 Brought up on a Quaker farm near Philadelphia at the brink of the Civil War, plainspoken Rebecca Albright is charitable, peace-loving, submissive—and a feisty abolitionist. Determined to aid the Underground Railroad no matter what the cost, her path collides with that of formidable slave-catcher Clay Dalton. When Rebecca is assigned to nurse Clay back to health following a near-fatal gunshot wound, her uneasiness around him and the questions surrounding his mysterious past complicate their strained but developing relationship.

Sherriff Clay Dalton is grimly fighting several battles of his own as he stays on at the Albright farm to work off his debt to the family that has saved his life and taken him in. He is torn between his past commitments in the South and his unlikely present among this quiet Quaker community in the North. Almost against his will, he begins to ponder the impossible idea of a future with Rebecca.…

When tensions between North and South escalate, Rebecca and Clay find themselves propelled on a journey to discover just who God has called them to be, and they soon realize that each holds a key to the other’s answer. 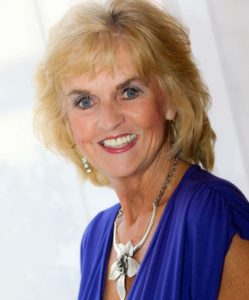 MacLaren has long been a must-read author for me. With eloquent strokes of her pen (or keyboard :) ), the people of picturesque Sunset Ridge come alive, revealing a community that is far from ordinary. My time spent there was one of learning and wonder and blessing.

Summer on Sunset Ridge is brilliantly written and filled with wonderful truths from the Word of God. It turned into a companion devotional for me and sparked my desire to create a prayer journal featuring quotes from the book, thereby confirming my word for 2017 -- PRAY!

I highly recommend this inspiring and satisfying novel! I was provided an ARC of this book from the publisher, Whitaker House, through Celebrate Lit, for review purposes. No compensation has been received.

January 19: Reading Is My SuperPower


January 20: The Power of Words


January 22: For The Love of Books


January 24: His Grace is Sufficient 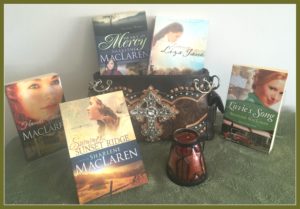 To celebrate Sharlene’s tour, Whitaker House is giving away:

“Keepers of the Light” Orange/Cinnamon/Clove candle from www.acheerfulgiver.com and
Summer on Sunset Ridge 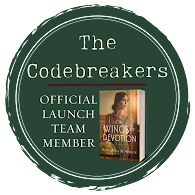 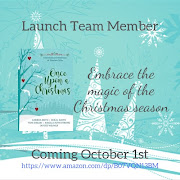